From the highway, take the exit to Kalives ( 30km driving from Chania airport to Rethimno – 45 euros taxi cost from Chania airport or 30km after rethimno when coming from Heraklio- 145 euros taxi cost from Heraklion airport  ). Drive towards Almyrida, a distance of about 2km. In Almyrida, on the beach drive, turn right at the main square and follow the road under the small bridge. Keep following our sign showing  “Marianna Apartments” for some meters and you end to us. Note: Almyrida is also spelt like: Almirida. This means that is some cases, you will see Almirida Apartments.
Areas of Natural Beauty 1) The White Mountains The White Mountains or Lefka Ori are located in the centre of West Crete. They are called White Mountains because they are covered in snow until late in the spring and during the summer the sun is reflected on the limestone summits and makes them appear white as well. The highest summit is Pachnes (2453m). They are regarded as having the best walks of all mountains in the island. The White Mountains are well known due to the Samaria gorge, the longest gorge in Europe. 2) Elafonisi Elafonisi is an extremely small island located south-west of Chania. It is a tiny islet connected with the land through a lagoon of turquoise water.It is very easily accessible on foot, because only a shallow canal, at about 800 meters long, divines Elafonisi from the nearest Cretan coast. It is a peaceful place full of colours, light and white sand. The place reminds of exotic paradise, because of the golden sand and the almost white waters. Elafonisi is one of the most popular destinations in Crete. 3) Falassarna It is regarded as one of the nicest beaches in Crete and it is located 16 km west of Kastelli. It is a long, big, sandy, natural beach with amazing views during the sunset. It gives the impression that it is not really organised even though there is a beach bar at the start and umbrellas and loungers at different locations. 4) Balos beach North of Falasarna is the wild and remote Gramvoussa peninsula. The peninsula is formed by steep rocks and is covered with thyme and origanum bushes and wild flowers. On the north-west side of the peninsula, opposite to the island of Gramvoussa, is the wonderful beach of Balos. It is covered with fine white sand, and the sea has an emerald colour. The road to the beach stops 1-2 km before it and the visitor has to follow a pave road with nice views to reach the beach. 5) Lake Kournas It is the only natural lake in the island. The landscape is fine and the vegetation dense. There is a mix of bushes, reeds and brambles around it and some olive trees on its south side. A cafe and taverna can offer you some rest and food. 6) Imbros Gorge It is a very picturesque gorge, six kilometers long, which can be walked in four hours. It extends between the villages of Komitades and Imbros, cutting through the western fringes of the White Mountains. 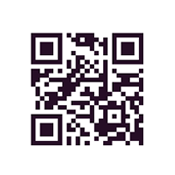 Rate us on Tripadvisor